When Were Diamonds Sold and Marketed at First?

The world’s love affair with diamonds started in India where people gathered the stones from bodies of water and traded them at market as early as fourth century BC. As time passed, Indian diamonds traveled to Western Europe and medieval markets in Venice. By the 1400s, Europe’s wealthiest citizens wore the beautiful gemstones as fashion accessories. After the Indian diamond supply dwindled, the world set its sights on Kimberley, South Africa. In 1866, entrepreneur Cecil Rhodes discovered diamonds and found a way to produce, market, cut, and polish rough gemstones through efficient mining techniques. By the 1990s, annual production of diamonds surpassed 100 million carats yearly making it a very profitable industry worldwide. 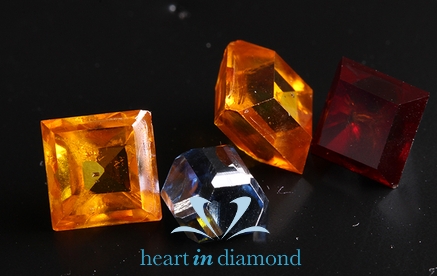 The History of the 4 C’s

The 4 C’s of diamond quality was created by GIA founder Robert M. Shipley in the early 1940s. This revolutionary diamond grading system was started due to his commitment to professionalizing the American jewelry industry. He established the GIA so that jewelers could receive formal training on diamond grading. Shipley was a true advocate for greater standards and knowledge in selling and buying gemstones. Within a few decades, the 4 C’s were an integral part of the American gem industry’s grading system.